The oil drain plug safety wire attachment should be a very simple straightforward application. Unfortunately, the design of the attachment hole on the oil sump drain boss leaves a lot to be
desired.

A small hole is drilled in the boss to use as the anchor for the drain plug safety wire. With every oil change, the hole gets damaged as people are unnecessarily aggressive with pulling and
twisting the wire. Eventually, the hole pulls through, leaving no place to attach the safety wire. There are few options for repair or work around.

Since Continental offers no approved repair for this, the proper repair is to replace the oil sump. That entails lifting the engine enough for the oil sump to be maneuvered past the oil pump pick up line and screen. Of course, this is the most expensive and intrusive method.

I’ve seen, and performed some creative work arounds that I will describe but can’t recommend or provide any approved data to support them. One is to drill another hole in the oil dump drain
valve boss. Access is a problem and it does require some skill with a very small drill bit. Another is to attach the safety wire to some other point on the engine, like an oil sump bolt.

One option that I see frequently is attaching the wire to the airframe structure. It is usually done by owners performing their own oil change and probably haven’t thought through the dynamics
of this configuration. When full power is applied to the engine, it moves forward and torques a bit. There’s also a good bit of vibration. The result is that the engine is constantly pulling and tugging against this lanyard.

The possible failure modes of attaching a moving oil drain valve to a nonmoving airframe are scary. Worst case would be some damage to the plug causing it to be torn from the engine. The
constant stress cycles might fracture the oil sump around the drain boss as well. There are other possibilities but most scenarios include a breach of the oil sump and subsequent draining
of the oil. Nothing good can come of that. 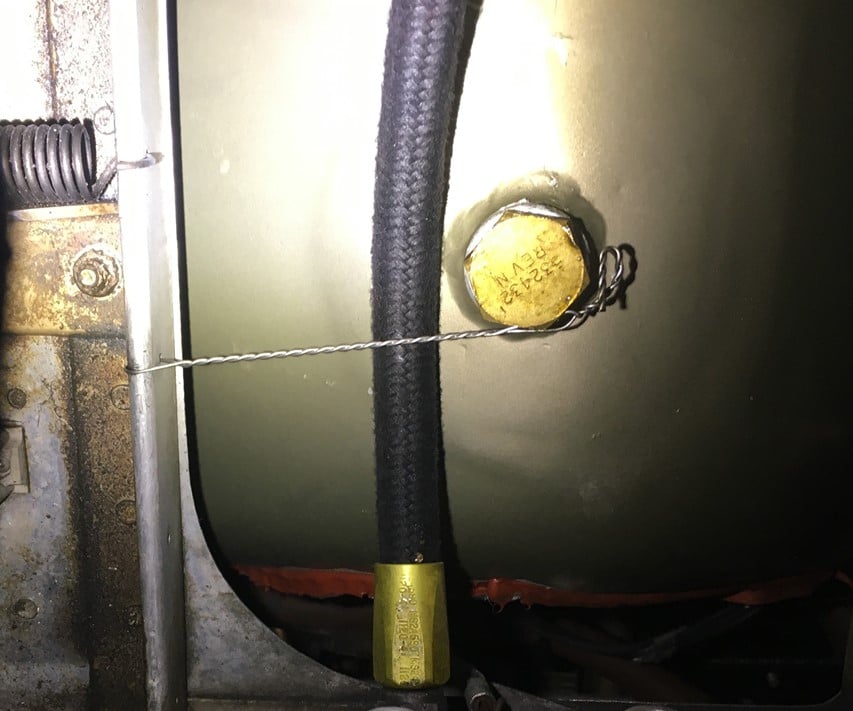