Tennessee Aircraft Services began its long successful history with Joseph and Mary New. Joseph served in World War II as a mechanic on B29s in the China Burma India Theater. At the completion of the war, he completed his Mechanical and Civil engineering degree at Texas Tech. He worked as an engineer with Phillips 66 for many years in Texas, then moved his young family to Arkansas to begin his own engineering company.

In the 1960s, Joe began rebuilding wrecked airplanes as a hobby. Several years later, he moved to Jackson, TN, with his wife Mary and teenage son Paul to convert the hobby into a full-time business adjacent to McKellar-Sipes Regional Airport. Working with his dad after school and summers, Paul learned the details of structural and engine work that few mechanics have the opportunity to experience. Paul went on to get his college degree in Avionics from Southern Illinois University while working with a commuter airline. After graduation, he became the avionics manager for the airline, and in 1984 moved to an FBO in Kentucky as an avionics manager. In 1986, Paul, his wife Helen, and their three children moved back to Jackson, partnering with Joe and Mary to continue the family aircraft rebuilding business. 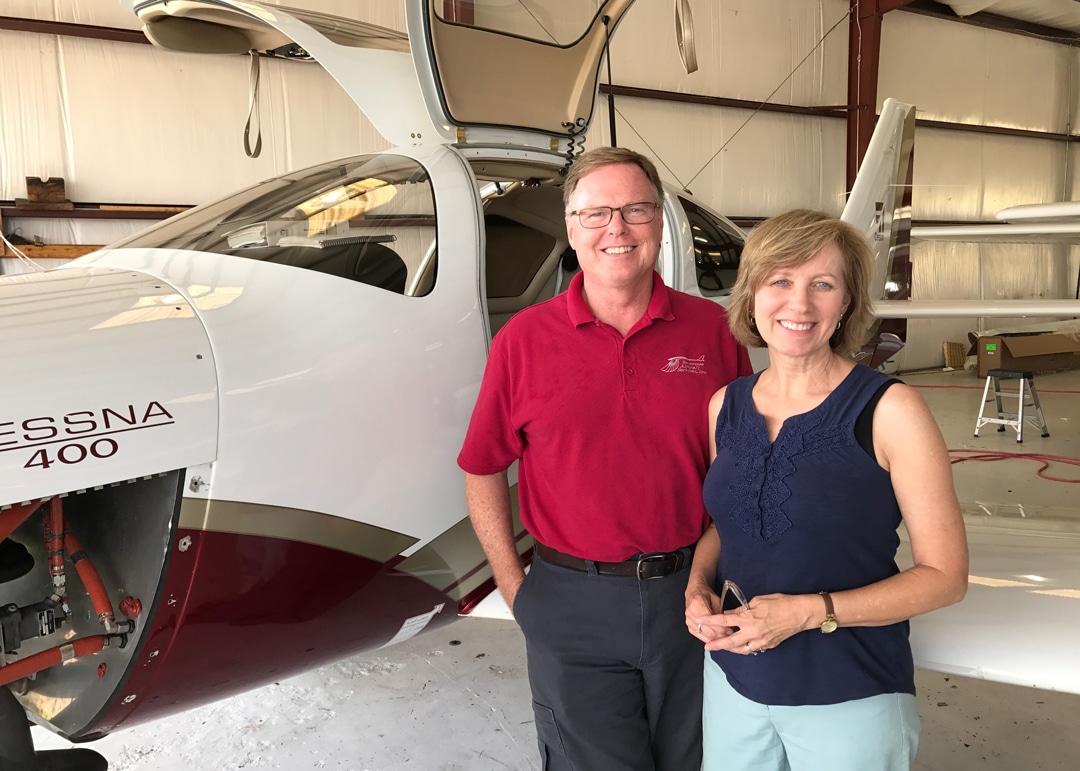 The name of the company was changed to Tennessee Aircraft Services, Inc. in 1989, and over the years the scope of the business has expanded to include general maintenance and structural repairs with many years of experience and knowledge in the Cessna 182, 210, TTX, Columbia, and more recently the Cirrus.

In 2006 updated facilities were built, and in 2014 a new ramp and improved access to the runways contributed to the additional success of the company.

As we move into 2021, we are looking forward to moving into a larger and updated facility to better accommodate our customers. 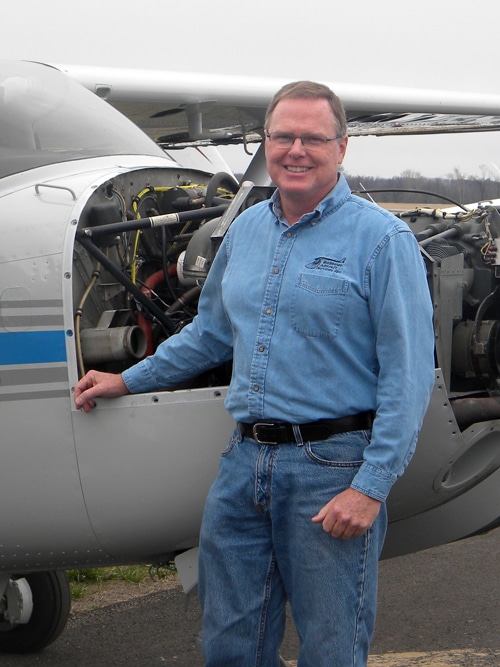 Paul began working on airplanes as a child helping his dad with their latest hobby airplane restoration project. Paul soloed the day after his sixteenth birthday, completed his private pilot’s certificate when he was seventeen, added the multi-engine rating that same year, and later the instrument rating.

Paul completed the avionics curriculum at Southern Illinois University (SIU), earning his degree in Applied Science – Avionics Technology in 1981. While attending SIU, Paul started and managed the avionics department for a commuter airline. In 1983 he started and managed an avionics shop for an FBO in Kentucky. In late 1986 Paul and his family moved to Jackson, Tennessee, and began working again with his father in the airplane restoration business. He purchased Tennessee Aircraft Services, Inc. from his father in 1989 and transitioned the business to specialize in structural repairs and include routine maintenance.

Paul holds an FAA Airframe & Powerplant Certificate with FAA Inspection Authorization. He was an FAA Designated Airworthiness Representative for a few years as well. In 2007 he was selected as the FAA National Aviation Maintenance Technician of the Year. He was an original account manager for Savvy Aviation Maintenance Management and still manages a number of clients. Paul serves as a technical representative and instructor for the Cessna Pilots Association, and is a nationally known maintenance expert specializing in structural repair. Paul is factory trained on the Columbia/Cessna 300/350/400 and G-1000 systems and serves as a ground instructor for the Cessna Advanced Aircraft Club as well as the Cirrus Pilot Proficiency Program.

Since Tennessee Aircraft Services has also become a Cirrus Authorized Service Center, Paul has completed the Cirrus factory training for the SR22.

Helen New has worked alongside Paul in one capacity or another since 1978 when they married in the summer after Paul graduated from high school.

They have three terrific children and children-in-law, two wonderful grandsons, and two amazing granddaughters. After teaching in the public school system for many years, she left that career in 2012 to take on more of the bookkeeping and administrative responsibilities here.

While Paul hasn’t talked her into learning how to fly, she’s always enjoyed getting to travel with him, especially if there’s family, mountains, or a beach in the destination plans. 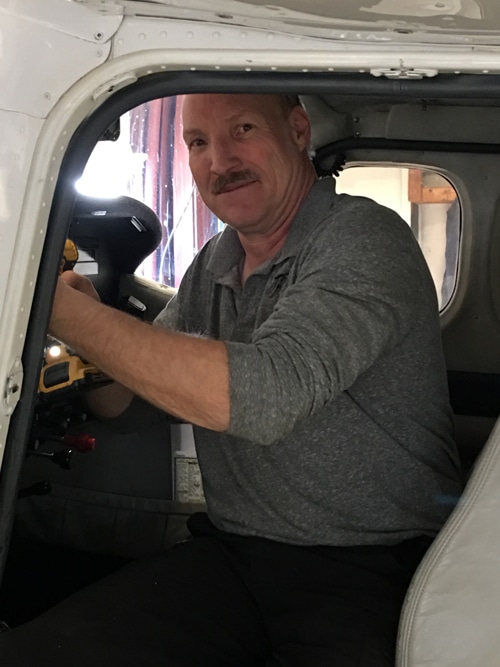 He has been an A&P mechanic since November 2000 and an IA since February of 2013. His many years of experience working with Cessna, Cirrus, and many other small piston engine aircraft makes him a reference library we turn to often.

Doug is married with three grown children, one terrific grandson, and one terrific granddaughter. In his free time, if he’s not doing something nice for his family, friends, or church, he is probably enjoying being outside at home or a campground close to a river. 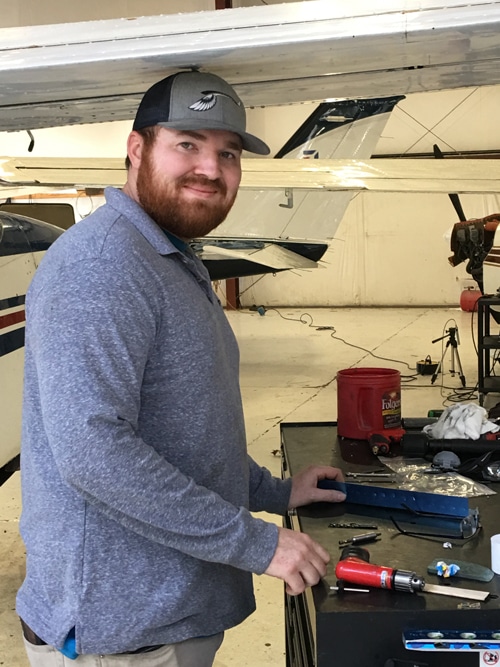 Blake began with Tennessee Aircraft Services, Inc. in February 2014 as an airframe mechanic, having received his aviation training while serving in the United States Air Force. In June of 2017, he obtained his powerplant license and added the Inspector Authorization to his credentials in 2020.

Blake is our Director of Maintenance and works alongside Paul with scheduling, supervising, and overseeing the day to day activities in the shop. He has completed the Cirrus Factory training for the CAPS overhaul, composite repair, and SR series maintenance.

He is married, and they have a very energetic three-year-old son. When he’s not working or enjoying his family time, he is probably playing disc golf or in his woodworking shop creating his next amazing project. 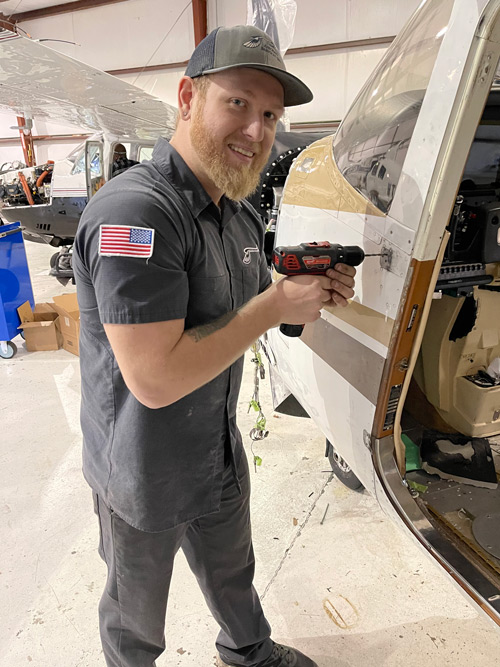 Harley has been with us since the fall of 2019, and came to us with automotive and electrical maintenance experience, but with an interest in aviation. He is now working as an apprentice and completing the hours and training to get his A&P certificate.

Away from Tennessee Aircraft, he enjoys riding his motorcycle (a Harley of course), fishing, and being outdoors. 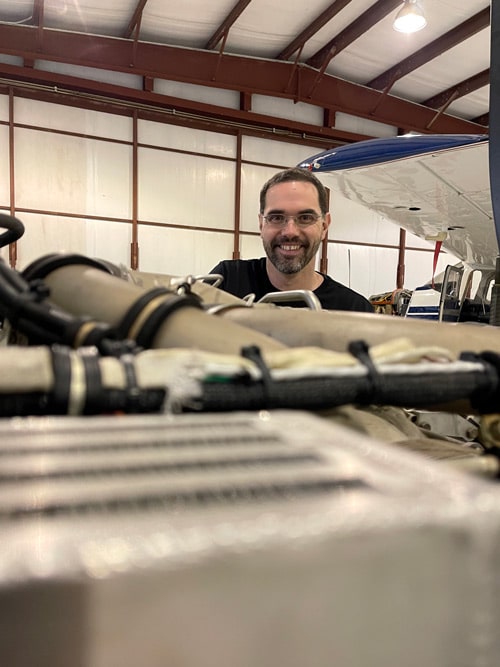 Steven is an A&P aircraft maintenance technician with an IA. His ten plus years of experience include contract maintenance on helicopters, MRO with heavy maintenance, and overnight maintenance for an international airline. In the spring of 2020, he began working at Tennessee Aircraft Services and is thoroughly enjoying general aviation maintenance.

Steve is originally from the St. Louis area and moved here from middle Tennessee. He is married and has three wonderful sons.

In addition to spending time with his family, he enjoys practicing his lifelong passion, Taekwondo, and working on his family’s 6-acre homestead. 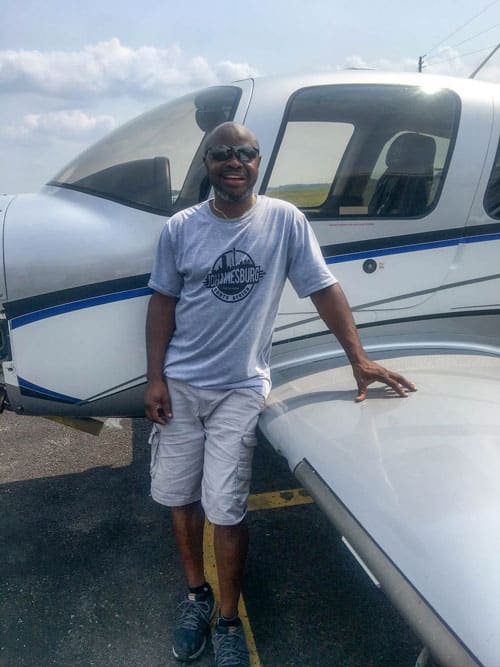 Rukang Chikomb (Ruc), was born in the Democratic Republic of Congo. He graduated from Moody Aviation, the missionary aviation school, and the department of Moody Bible Institute in Chicago, in 2002 with his Commercial Pilot, Instrument rating, and A&P mechanic’s certificate.

Ruc became an IA in 2007. In December of 2010, Ruc graduated from Eastern New Mexico University with an Associate of Applied Science in Aviation Maintenance Technology. He flew the T210N from 2007 -May 2020 with the United Methodist Church missionary aviation ministry in Congo and Zambia, serving as a humanitarian pilot.

Ruc began working with Tennessee Aircraft in the fall of 2020, and we are excited about the level of experience and expertise he is bringing to our company.

He is married and has four children. 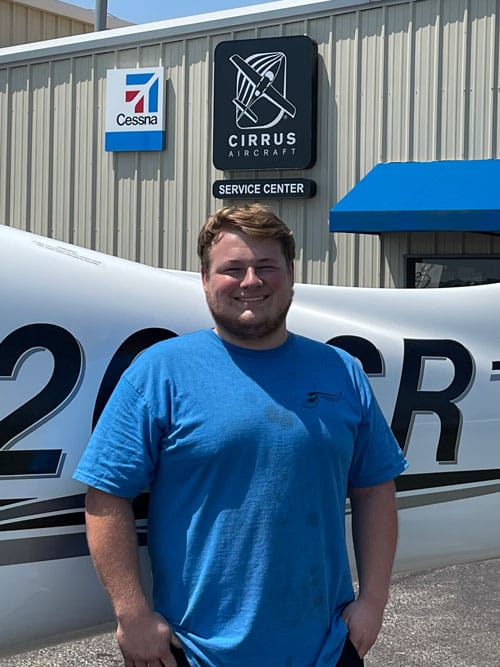 Trent joined Tennessee Aircraft Services in January of 2022. He graduated from the Tennessee College of Applied Technology of Memphis in December of 2020. He is an airframe mechanic and is currently working toward his powerplant license. He enjoys working in general aviation and is excited to learn as much as he can.

In his spare time, he enjoys spending time with his fiancée and his family. He also enjoys playing golf, hunting, and restoring classic cars.