I average about one call per week from owners and mechanics asking questions about Cessna 210 landing gear problems or rigging troubles. Most of these questions stem from a lack of understanding of how the system functions and the typical failure points that need to be addressed. In fairness to the vast majority of shops/mechanics, it’s just not cost effective for them to become 210 landing gear experts when they only maintain one or two of these planes. For that reason, it seems a good idea to attempt an exhaustive review of the 210 landing gear rigging procedure.

Due to the many versions of the 210 undercarriage system, this article will need to be in multiple parts. I don’t know how many parts yet, but I will be limiting the discussion to the round gear leg models (1970 through 1986). Even with the multiple renditions of the system, there are many common issues that need attention in preparation for rigging. Ignoring these could send one down the road of endless frustration and unreliable landing gear operation.

The first order of business is to read through the landing gear system description in the service manual specific to the model 210 that one is planning to rig. One must first get a good overview of the sequence of events during retraction and extension of the undercarriage. This sequence may seem obvious, but reading through the maintenance manual version of the operation is more revealing than the description in the Pilot’s Operating Handbook or Owner’s Manual.

There are several components of the system that should be checked, inspected and/or serviced prior to beginning a rigging attempt. There’s not an interesting way to present these so please forgive the sleep inducing bullet point format to follow: 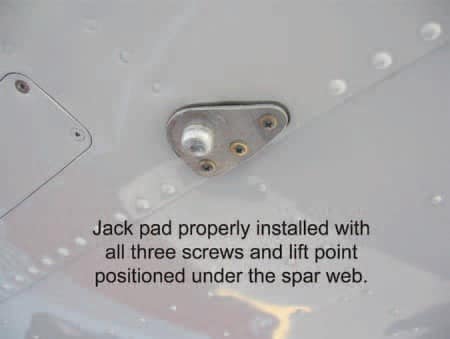 ◊ SE84-03 published January 13, 1984 calls out an improved nose gear actuator downlock spring Installing this new style part is an absolute must for every single engine retractable Cessna. The part price in 1984 was $9.78 and is now $62.50, and they show ninety-three in stock today. When the old nylon guide fails, the nose gear will retract suddenly and without warning. Typical repair efforts includes a replacement propeller, engine prop strike inspection, new nose gear doors, and structural repair  costs somewhere in the $80K neighborhood.

◊ SEB94-19 published July 29, 1994 calls for inspection of the nose gear lower trunnion. This is especially important if the nose gear strut has been allowed to overextend allowing the nose tire to contact the forward portion of the nose wheel well. See my article in the December 2008 issue of the CPA magazine detailing this issue.

◊ SNL86-49 published December 12, 1986 for main gear actuator mount bolt security calls for installation of drilled head mounting bolts. This only applies to a limited serial number group but exposes the value of ensuring these bolts are checked for torque at every annual if safety wire can’t be installed.

◊ SEB01-2 published June 4, 2007 is for main gear actuator inspection and is what will need to be done if the mount bolts, referenced in SNL8649, are not kept to proper torque. Read that as lots of $$$. 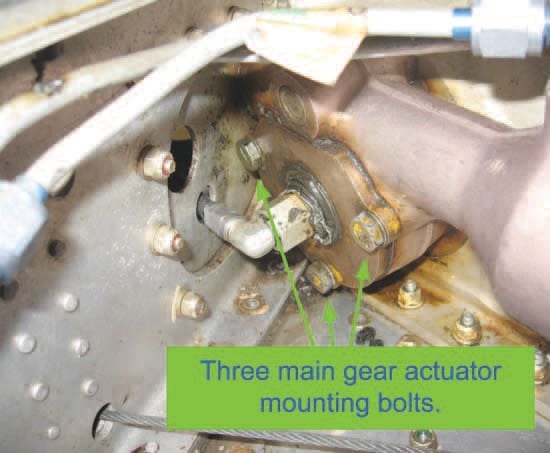 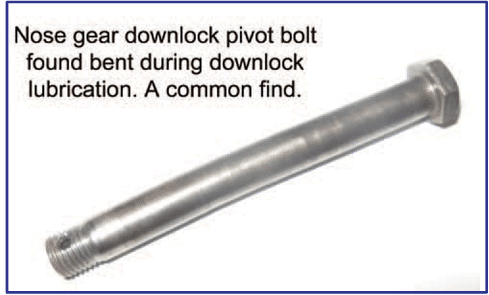 I know all that seems like a lot to do just for a few adjustments. The problem is that you don’t want to get four hours into rigging the system and then find some adjustment won’t cooperate. Many frustrating hours later you discover everything could have been solved just by plugging in a power cart.

Many of the items listed have likely never been looked at during routine maintenance. If a mechanic isn’t in tune with the details of the 210 gear system, he/she might never notice the gear leg bumper pads are missing. Hours and hours would be spent tracking down an uplock problem that never existed. The entire round gear leg 210s are at least twenty-nine years old with the oldest now at forty-five years. It’s time to give her a good going-over.

Next month we’ll actually get into the rigging process. Depending on how one counts, there are at least four distinctly different gear systems used on these planes. They do have many common points, but the devil is in the details.